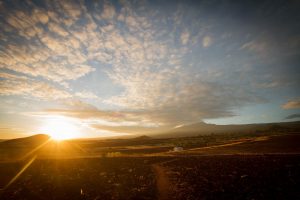 Tanzania has a lot to offer! From its 16 national safari parks, its two mountain peaks above 4000m, its vibrant cities, to its miles and miles of white sandy beaches … there is so much to see, discover, and explore in Tanzania.  And one of the best ways to see it is on foot! 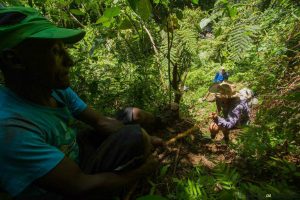 2. More adventurous than running at home.

Running along vertigo-inducing switchbacks down a gorge’s grassy, boulder-strewn side to reach a beautiful stream with a huge waterfall at its bottom is certainly more fun than running on roads back home!  Tanzania has plenty of rugged trails throughout the Kilimanjaro foothills – an incredible playground for anyone who loves the feeling of true freedom while running. 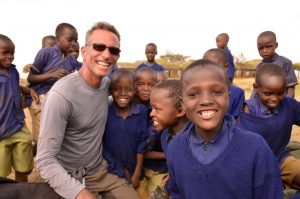 3. Tanzania is the friendliest country in Africa.

Because Tanzanians do not really pursue running or jogging as an active hobby like Westerners do, runners are likely to be met with amused expressions and stares. Those looks quickly transform into broad smiles accompanied by the local “jambo” greeting expressing joy at seeing wazungu (white people) visiting their tiny corner of the world.  Warning: If you stop to talk you’ll all be laughing within a minute and you may not be able to leave! 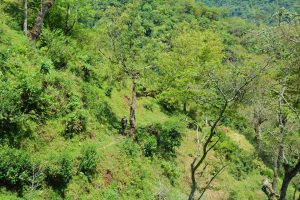 In the mountainous region between 800 and 2000 meters, outside of the national park borders, runners pass through tropical forest and the weather that goes with it: cool temperatures that help their body’s cooling mechanism to work easily – allowing them to run all day! 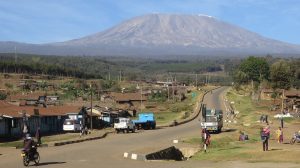 5. Run all the way around a mountain!

Through the Kilimanjaro Stage Run runners will run completely around Mount Kilimanjaro (… the highest mountain in Africa and tallest freestanding mountain in the world!) mostly following the footpaths used only by locals.  What is bigger and better than that?! 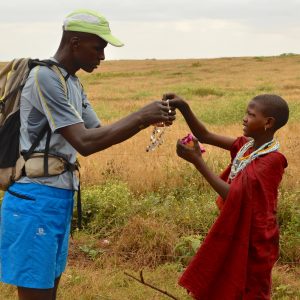 Since runners are on equal footing with locals who normally walk from their village to their fields, school, shops, and other villages, the opportunities for natural and authentic encounters abound.  Stop to chat and establish a kinship with the local Chagga who are settled on the southern and eastern slopes of Mount Kilimanjaro and with the Maasai who live on the northern and northwestern slopes along the border with Kenya. 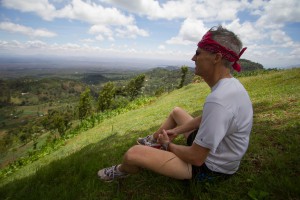 7. Amazing visuals at every turn. 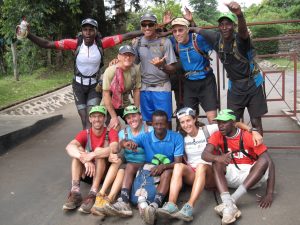